From Sumer to Babylon - historical backgrounds 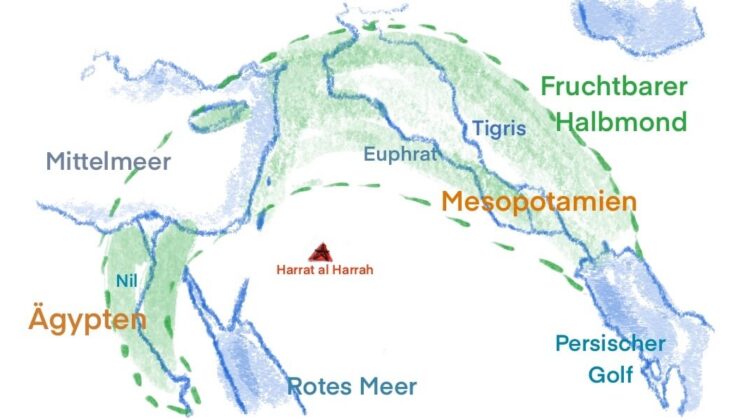 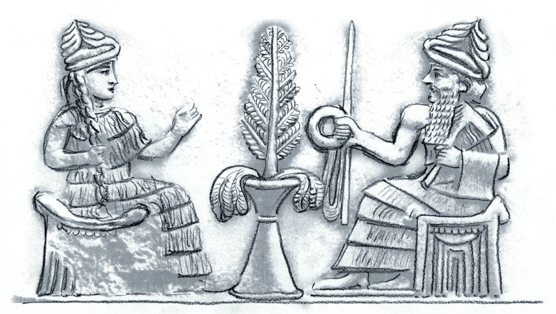 From Sumer to Babylon - Mesopotamia as the cradle of human culture

The origins of human culture lie with Sumer and Babylon in Mesopotamia, between the two rivers Euphrates and Tigris (figure above: stele of Ur-Nammu, ca. 2000 BC).

Between the Euphrates and the Tigris: 8000-year-old settlement remains

The Sumerian culture lasted from around 6000 to around 2300 BC and was the first advanced human civilisation. Sumer was located in Mesopotamia, in Mesopotamia, between the two rivers Euphrates and Tigris.

Here, in a fertile plain between the two rivers, which carried much more water at the time, archaeological settlement remains have been found dating back to the 6th millennium BC. However, even earlier settlements cannot be ruled out. Later, the Sumerian culture was followed in the same area by the cultures of Akkad and Babylon.

The first written evidence of the cultures is available, such as the Sumerian King List [1] from the third millennium BC. Its aim was probably to place the "younger" kings of the 3rd millennium BC in the ranks of the legendary and legendary kings. Accordingly, it goes back to the times before "the great flood", in which 8 kings are said to have reigned for tens of thousands of years (between 18,000 to 43,000 years).

The flood mentioned in the King's List can be dated to around 3000 BC. In fact, archaeological finds prove that a major flood occurred in Mesopotamia around 2600 BC.

It is remarkable that according to the king list, the reign of the listed kings shortened more and more, from initially around 1000 years to a "normal" duration of a few decades or years. This brings us to the first historically documented rulers of Mesopotamia around 2500 BC.

Mixing of Sumerians and Semitic nomads

In the second half of the third millennium BC, the Sumerian culture began to mix with that of the Semitic nomads who had migrated to Mesopotamia. In the following period, the Akkadian culture emerged, with the first world empire of Sargon I. This led to a transition from more matriarchal communities to patriarchal-rule structures. 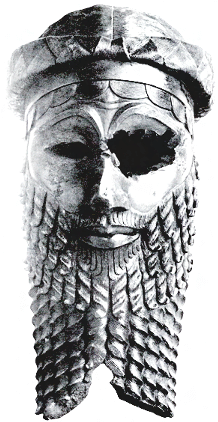 Sargon of Akkad - from foundling to world ruler

The Akkadian ruler Sargon (c. 2300 BC) is himself described as a son of different cultures.
Thus the Sargon legendtells us that Sargon was the illegitimate child of a man from the mountains and an outcast priestess. It is also interesting that he was found as a foundling in a small box in the river. Moreover, he later rose to become cupbearer to the king of Kish. Thanks to the favour of the goddess Love (Ishtar) he finally became king. This shows that weighty tales, images and symbols apparently made the rounds in the entire cultural sphere and were taken up in various ways.

Sargon wanted to unite the city-states of Mesopotamia under his rule, which he largely succeeded in doing. On the one hand, he conquered them through warlike actions, on the other hand, he built up a comprehensive administration. His goal was to rule a great empire from the Persian Gulf to the Mediterranean. Thus he had cedars felled in the Lebanon mountains for the construction of his palace, which were transported on the Euphrates to Akkad. Sargon had newly declared this city the centre of his empire.

Spread of the cuneiform script and Encheduanna, priestess and poetess

Under Sargon, the Akkadian language and cuneiform writing spread, which was initially used for administrative purposes.
However, Sargon's daughter also wrote the first literary texts. Encheduanna was a priestess who knew how to write and lived around 2300 BC. Her work comprises 40 temple hymns in honour of the goddess Inanna. Among other things, they also deal with a descent (illness, "leprosy") and rehabilitation by the goddess herself.

Akkad to Babylon - writing as the basis of human culture

The Akkadian culture eventually gave rise to the culture of Babylon. Thus Babylon experienced its first heyday under King Hammurabi I (around 1790 to 1750 BC).

Transcription of the older oral traditions

Hammurapi I had some of the older oral traditions written down in cuneiform, including the tradition of Inanna, the Sumerian goddess of love (around 1780 BC). Its contents were later incorporated into the Gilgamesh epic, which became an important basis for the great human traditions.

Transcription of the texts around Inanna in Babylon

Goddess Inanna in over five thousand years of lore

Inanna's story is probably 5000 years old or even older.
Some ofthe texts, burnt into clay tablets, lay dormant in the earth for around 4000 years. It was not until the second half of the 20th century that fragments of clay tablets could be pieced together and translated by the Sumerologist Samuel Kramer[1]. These texts are used here for the treatment of Sumerian mythology.

Written down in Babylon by Hammurabi I.

The Sumerian traditions around Inanna were only passed on orally for a long time. They were not written in cuneiform on clay tabletsby the Babylonian ruler Hammurabi Iuntil 1000 years or more after they had been created by Babylon as a "grandchild culture" . Between the Sumerian and Babylonian cultures lay the Akkadian culture. Its founder, Sargon of Akkad, claimed to rule a first world empire that stretched from the Persian Gulf to the Mediterranean. His legend was probably incorporated into the later Babylonian Gilgamesh Epic (see Introduction to the Babylonian Gilgamesh Epic).

Because the Sumerian tradition was not written down until the time of Babylon, it can be assumed that elements from the younger cultures (the Akkadian and the early Babylonian) were incorporated into it. For example, the name Gilgamesh for the hero and lover of the goddess is probably a later addition. His Sumerian Akkadian name is "Dumuzi", which simply means "son of life" (see The Sumerian Language and its Development).

Exchange of traditions in the Fertile Crescent

In fact, traditions were passed back and forth throughout the entire region of the Fertile Crescent, i.e. between Egypt and Mesopotamia, retold and thus also adapted again and again to the local circumstances and current situations. If one takes this into account, a lot of interesting information and revealing parallels can be found, which enrich the interpretation of the traditions in particular.

Entry into the lore: