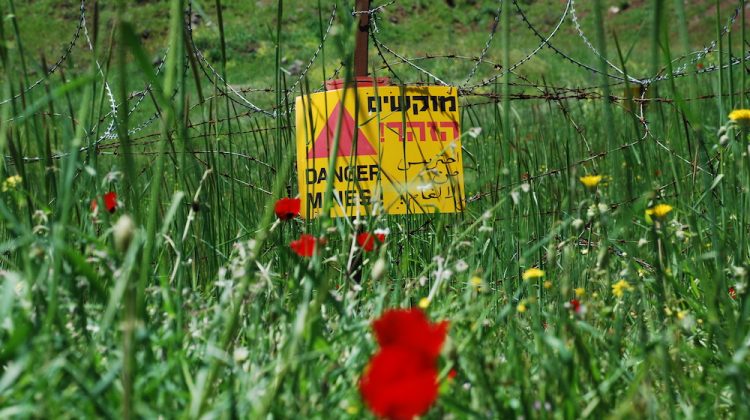 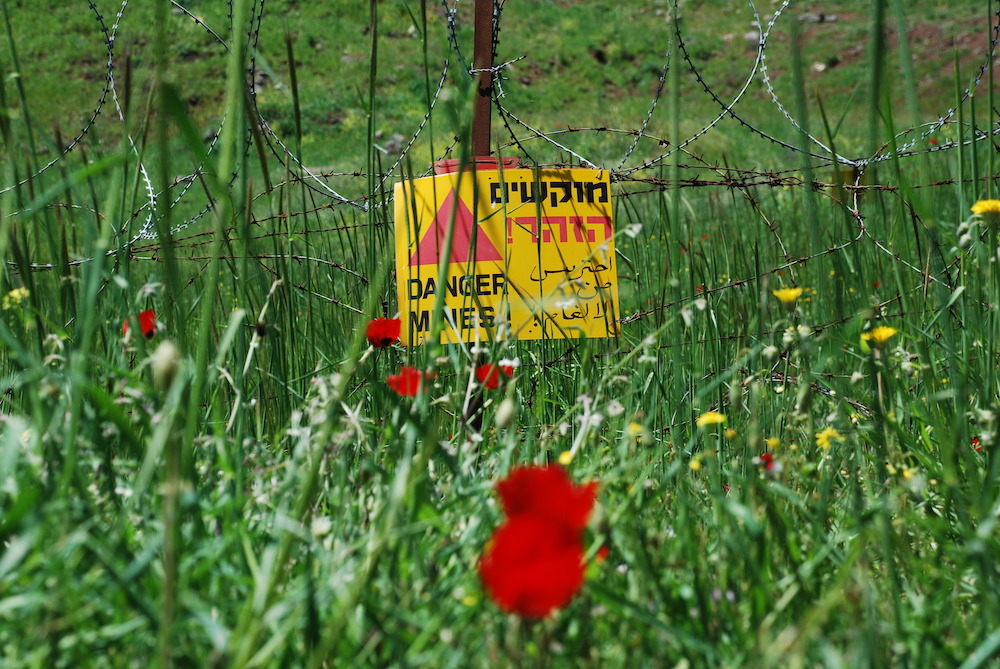 The woman's animus stands as her inner man for her body drive. This can have a positive or negative effect. (Photo: Poppies in front of a minefield, Golan Heights, Israel.)

The animus of the woman as a drive in her body stands for the inner man: Is he macho (drive from pain, anger, sense of deficit and striving for power) or hero (drive from love and devotion)?

[To main article: The Animus - spiritual drive in matter]

Power and self-efficacy or pain body?

If the woman feels listless or driven, then most likely the animus is at play. In its negative form, it drives her through bad emotions. For example, negative bodily experiences with men have formed an inner body of pain that acts as a negative drive from her unconscious.

The woman's animus as a negative drive, pain or death drive

The young woman: fainting or sleeping 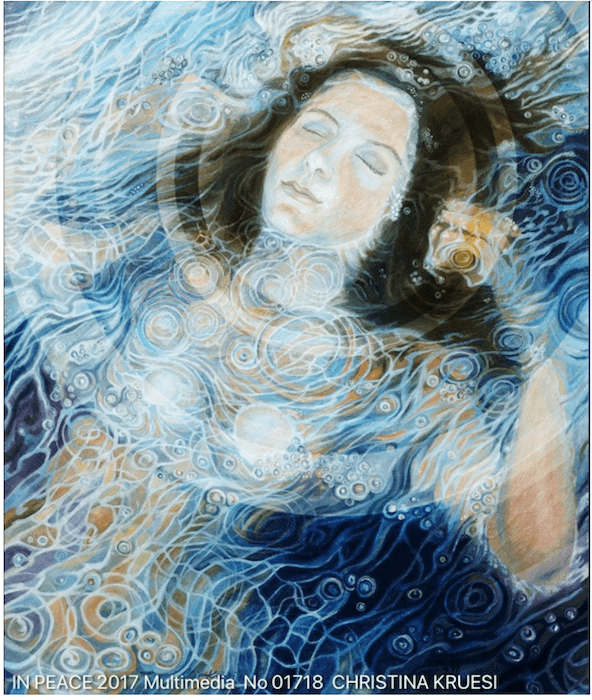 Fairy tales and myths describe the tragic reality of many women. Through abuse and pain they lose the anchorage in their body and through negativity they are separated from the power of their love (see The Woman, 3-in-1, Spirit, Soul, Body). They are therefore "powerless" as in Snow White. If their love has died, they are "as dead" and "asleep" like Sleeping Beauty, while thorns grow up around them.

This means that they are not aware of what has happened at the deepest level: They repress the pain in order to continue living. But this grows into a body of pain in the shadow of their unconscious. Like a hedge of thorns, an attitude of defensiveness and unwillingness to engage in a loving relationship again grows.

The Mature Woman and the Inner Macho: Pride, Anger and Power 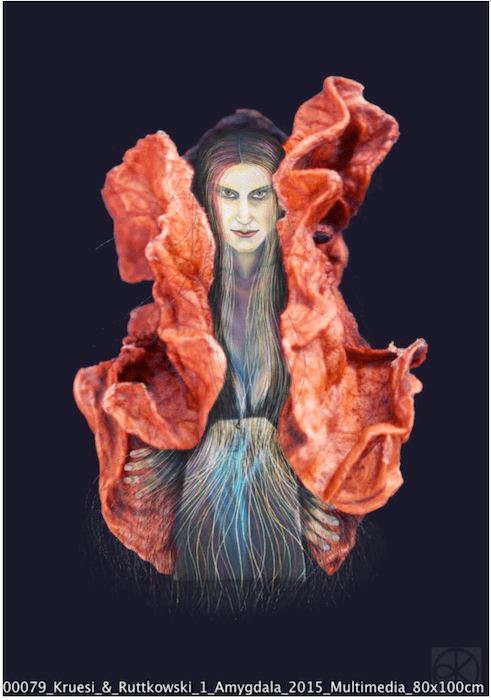 As the woman grows older and more mature, it is time for her to integrate her male parts (animus). These grow into strength at the same time as her "son" and are initially just as immature as the latter and begin in the "red" phase.

In other words, the mature woman who no longer wants to put up with everything first rises up in immature masculine power! This macho energy floods her with negative masculinity, namely with aggressive, dominant and power-oriented behaviour. At first she therefore literally sees red, wants to exercise power and rule, be it over men or over daughters (see The Way of the Woman). 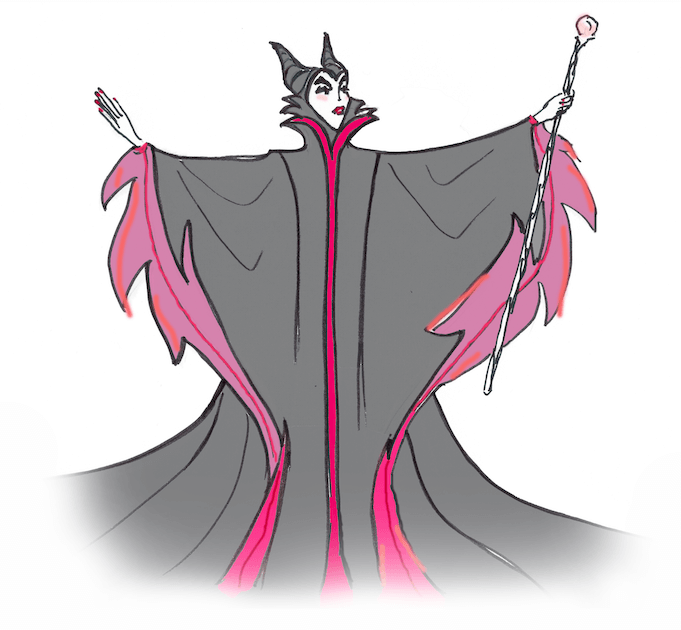 Destructive Violence: The Inner Man as Dragon or Devil

To exercise power, the woman can use her feminine charms, (seduction, "magic") and sophistication (masculine strategy). If this is the case, she is called a "WITCH" in fairy tales.

If her feminine beauty diminishes and frustration and anger increase, she can also become violent - in word and deed. This destructive energy is represented in traditions by the DRAGON, MONSTER or the FLAMED BEAST.

The animus and negative couple dynamics

Power of the man over the woman through the pain body

The man can exercise power over the woman by identifying with her negative animus and activating her pain body. She does not understand what is happening to her, but simply feels powerless and at his mercy. This makes her easier to bring down and manipulate.

The woman as scapegoat

If the woman has reached the red phase, he can exert power over her by making her furious and purposefully making her tick off. Then she is no longer the master of her senses and puts herself in the wrong. To repair the "damage", she will either repent and seek reconciliation. If not, then she is instead suitable as a scapegoat because she is obviously "misbehaving". Either way, these circumstances play into the hands of the unloving, manipulative partner because he can look like the one with the "clean slate" who has done "nothing at all".

Redemption through love - the prince or Christ as positive animus

The woman's path to reconciliation takes a long, fixed time, namely until she has "eaten out" her negativity, which is also a strong source of energy. Only when she can no longer bear it is she ready to let go and open herself to love again. In the fairy tale Sleeping Beauty, it takes 100 years. The number one hundred symbolises a wholeness that must be completed.

Unconditional father love, that is, love where sex is not the issue, is redemptive for the woman. When she integrates this love by awakening it in herself, she can forgive herself and also the others who have hurt her. This is the prerequisite for her to find reconciliation. However, it requires the willingness to face one's own weaknesses and hurts. This happens on the way through the underworld, the realm of shadows (see The Integration of the Shadow and The integration of the male personality parts).

The Prince as a Christ-figure

The prince symbolises the obedient son of the good father-king. He subordinates himself to his will and to the higher orders by giving himself completely to the woman and entering into a binding relationship. In this way he proves himself to be a CHRIST figure. Devotional love reconnects the woman with her own love. And so the virgin in her rises again, her pure love.

In the power of the "son" or prince, the woman gains a fiery passion for good and a willingness to give herself and her body out of love in order to serve others. 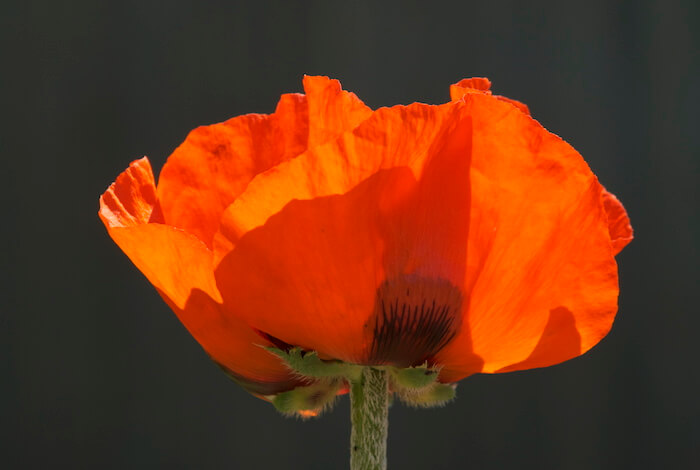 The integration of the animus
Animus and Anima in Couple Dynamics

The animus - spiritual drive in matter

How do I concretely steer my life in a positive direction?
The pain body of the woman
The Woman, 3-in-1 (Spirit, Soul, body)
The path of the woman
Magic
The Integration of the Shadow
Christ / Messiah, the Anointed One