Symbols and faith or religion in the light of this website 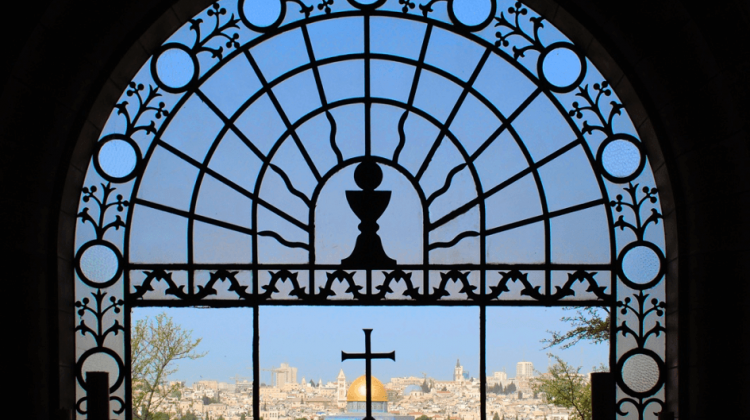 Symbols and beliefs in the light of GOLDSPUR

Symbols and faith are not mutually exclusive. On the contrary, the symbolic approach can deepen faith and broaden one's perspective.

Symbols and Faith in Dialogue

GOLDSPUR deals with the consideration of the symbols in the traditions and their interpretation. This view can come into play independently of a faith or relationship aspect to God, but does not affect them in any way.

Rather, the symbolic approach can lead to a deeper understanding and a broader perspective. Moreover, it can also create a connection between the most diverse human traditions and thus become a supporting bridge.

The goal of the human being, the symbols and the belief

Many traditions contain general symbols and archetypes such as: the man, the woman, the tree, the snake, the dragon, the elements (fire, water, earth and air), the underworld, the hero, the virgin, the kingdom and gold.

Basically, one can say that when the same idea is used in different sources, its universal significance is emphasised and strengthened.

Faith and kingship - symbols of God's reign in life

For example, many traditions deal with a king who will come.
The king symbolises loving consciousness in the broadest sense. The person who lives consciously and self-effectively in harmony with higher orders is "king in his own life". For he exercises dominion over his body and its resources. These are his kingdom, which blossoms when he takes responsibility as a good king.

Gold as a symbol for eternity

The person who sees himself as part of the greater reality of love also trusts in eternal life. For love overcomes death. His trust, or in other words his faith, is a fruit of love and leads him to wholeness, symbolised by gold.

Religion, Faith and the True Divine and Self-Efficacious Identity

In the collective context, Christ / Messiah, the Anointed One, means this loving consciousness that moves the person to good deeds. For this purpose, however, the person must get a grip on the urges and overcome the ego. It is necessary to bind them back, which is also the meaning of the word religion (from Latin re-ligio = binding back). This is how man gains his self, his true divine identity. This is what all teachings are about, which do not focus on power but on the well-being of the human being.

The heroic path of man

The path to this is the heroic path of man. It is a path of purification, through the lowlands of the unconscious and the realm of shadows, which leads to victory and eternal life. Its structure can therefore be found in all great traditions (including religious ones). [1]).

Continuous topicality of the symbols

Impulses in the here and now

For the reasons mentioned above, a deeper look at the symbols and archetypes is worthwhile for all traditions. For it can illuminate contents that are otherwise difficult to understand and even help them to become topical. If they are decoded, the symbols can address the life of the individual person in a new and very specific way, set constructive impulses and also bring about healing changes.

Archetypes
Christ / Messiah, the Anointed One
Kingship in life
The Heroic Path
From Ego to Self

[1] If one considers the way of love and devotion to be the good way, one can undoubtedly also agree with this statement of Paul:

God's plan from the beginning - to gather all things together in Him ...
Blessed be our God, the God and Father of our Lord Jesus Christ! [...] Even before He created the world, He [...] destined us to become His sons and daughters. [...] He has made known to us the mystery of his will [...] the plan for the fulfilment of the ages; to gather all things together in the Christ, that which is in the heavens and that which is on earth - in him.[1]

(Bible, New Testament, Letter of Paul to the Ephesians, Chapter 1, 3 to 10; Good News and Elberfelder Translation)

What it is about

GOLDSPUR - the trail of eternity (introduction)
GOLDSPUR: Concept and structure of the website
What it's about: Content, aim and addressee of GOLDSPUR
Gold Trace - The Golden Apple and the Tree of Life
Symbols and Faith in Dialogue

Easter 2020 in the shadow of the Corona crisis
Easter 2021 - one year Corona and one year GOLDSPUR
Tongariro Crossing - a hike to Mount Doom
The Nobel Peace Prize, Alfred Nobel and Lake Zurich