The Conscious and the Unconscious - King and Queen 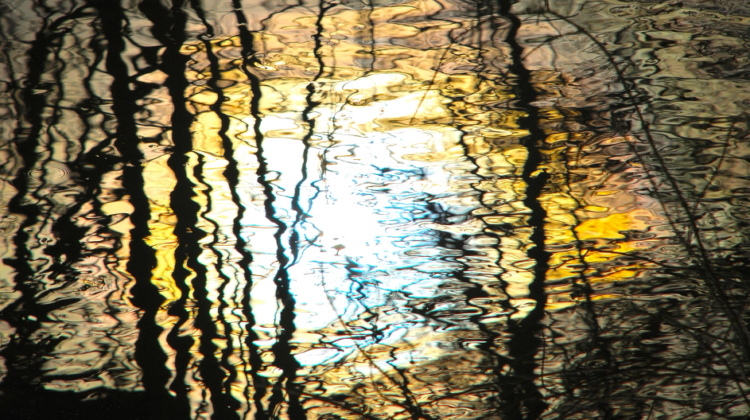 The Conscious and the Unconscious - Spirit and Matter

In fact, consciousness is "spirit" and initiating force and therefore to be called "male". On the other hand, the unconscious is living, receiving and reality-birthing matter and should therefore be described as "female" (see Male and Female, the Two Primordial Forces of Creation).

The Conscious and the Unconscious - King and Queen

In traditions, the king symbolises the conscious and the queen the unconscious. The goal for the human being is kingship in life, i.e. conscious, self-effective life through the integration of the unconscious into consciousness(Holy Wedding).

King Consciousness - the Good King and the Tyrant

The "good king" stands for the loving consciousness, the faith. He takes responsibility and protects the country from the enemy. The "evil king" is the power-driven, despotic ruler who pursues his own goals. He is an image of the ego that seeks power and enslaves man by binding him in bondage through the urges. The result is oppression and domination through fear and lies for the person himself and also for those around him.

The Queen - the "good" and the "evil" unconscious

The "good queen" who gives birth to a child symbolises the "good" unconscious that obeys the loving consciousness and transforms its impulses into new reality "ready to serve" (symbolised by the child that is born).
However, the unconscious as "receiving matter" also reacts to negative impulses. Unkindness and suppression give birth to correspondingly "bad" reality: negativity of all kinds such as rebellion, indignation, illness and death. [S. The Great Feminine, Life Itself, in the Underworld.]

In traditions, the death of the "good queen" symbolises the dying of love. This already becomes a theme in the Sumerian mythology of Inanna, the goddess of love. Thus the "good queen" is replaced by the "evil queen" who lives in the grip of ego pride, power, vanity, hatred and murder. As the "evil fairy", "queen of the night" or ruler of the underworld, she symbolises the rule of the urges.

On the two forces in detail:

The Spirit - Information and Impulse-Giving Energy

Consciousness as the impulse-giving energy contains the igniting spark, the in-formation. It gives the "programme" or instruction for what is to happen or arise into the unconscious, into the body and matter. In other words, it "sows" the "seed of the word" into living matter, and thus initiates the emergence of the new. This initiating and "creative" force is, as mentioned, to be called "masculine".

The all-encompassing, loving consciousness, to which personality character is attributed, is identical with God, the Father.
God also reflects on Himself, for example by looking at His creation, reflecting on it and commenting on it as "good" (in the creation account[1]).

Human consciousness is spirit and thus not something concrete, but something abstract. It includes the human being's ability to detach himself inwardly from the earthly reality of the body and matter in order to go to a spiritual level (meta-level). From there, the human being can observe himself from a distance, reflect and instruct himself. This means that he can also give himself new impulses, which are implemented by his body (as part of the unconscious).

Creative Power - Subordination of the Unconscious

With regard to this creative and formative power of the spirit, man is "equal to God". He can move matter (his body and resources) and thus create new reality. The body carries out the impulses of consciousness in a serviceable and automatic way, without the human being having to think in detail about which muscles, tendons and nerve cords to activate.

The spirit in matter, autonomous bodily functions and drives(ANIMUS)

In this context, the laws of nature and principles such as sowing and growth or cause and effect represent the "spirit" inherent in matter. Thus, the human body as living matter also has automatic functions which act as "programmes" independent of human consciousness. Spiritual information is found in genes or also in "codings" ("codes") through unconsciously "inherited" behaviour patterns and early childhood imprints. These underlie the drives and form a very own "body-knowledge" that exists independently of the mind.

Living matter can absorb impulses of consciousness and implement them accordingly "ready to serve". It thus brings forth new reality, symbolised by the child. In this sense, living, receiving and reality "giving birth" matter is to be called "feminine".

Whole time through integration of the unconscious into consciousness

The interaction of the two forces - constructive or destructive?

New reality is created through the interaction of the two forces.

[S. The Emergence of New Reality. ]

The union and interaction of opposites is only possible through love. It is symbolised in traditions as the "marriage" of prince and princess, king and queen.
In religious traditions it represents the (marriage) covenant of the Father-God with his people (Judaism) or the betrothal of the Son of the Father with his bride (Christianity). The union of the two forces gives rise to positive, constructive reality, symbolised by the child.

Destructive: power (domination of the unconscious by the drives)

Problems arise when the ego rules from the unconscious, the shadow by means of the drives. It can "abuse" the consciousness for the purposes of power, to advance bad deeds and justify them. Then "Serpent's Tongue", the king's devious advisor, is at the helm (see The Third Eye and the King's Treasure).
Under the bad king and despot, the people are oppressed and the country is run down. Negativity, rebellion, indignation, disease and even death are the result.
Thus, in the grip of his unconscious, man is not in control of his drives and resources, but often suffers from anxiety, addictive behaviour and is prone to weaknesses and diseases.

The goal is that the loving consciousness "reigns" as a good king and the unconscious submits to the responsible will "ready to serve" and carries it out trustingly.

Healing - the conscious and the unconscious united

The human being who is externally determined by his drives, by the ego or even by others, does things that are not good for him and others. If, on the other hand, he activates his consciousness, he can learn to do what is right, namely what leads to salvation.
He gains mastery over his unconscious by integrating his shadows. In this way he frees bound resources and brings them to the light of his loving consciousness. What was tainted with negativity is thus newly available in a positive way. This leads to an expansion of the possibilities for action and to more self-efficacy, power and authority in life.

[S. Healing: What comes to light, becomes light itself.]

The integration of the unconscious into consciousness has healing effects.[2]

The Holy Wedding of the King and Queen

The unity of conscious and unconscious, male and female in the human being is ultimately the meaning of the wedding, which in so many traditions seals the happy ending. As a "holy wedding" it leads to wholeness, healing and cure of the human being.

The king symbolises the loving consciousness, the faith that can move mountains and takes responsibility.

The "Queen" symbolises the unconscious, the living matter. She is the promised land, the "kingdom, power and glory" of the King.

The child that is born symbolises the new reality that is created through the union of the two (see The Creation of New Reality). 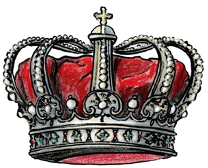 Male and female, the two primordial forces of creation
Father and mother, spirit and matter
Kingship in life
The holy wedding - wholeness
The human consciousness, the spirit of man
The four of families and the creation of new reality
The creation of new reality
The third eye and the treasure of the king
The Animus
The body of pain
The drive
The integration of the shadows
Healing: What comes to light, becomes light itself