The Shadow - Resources in the Realm of the Dead 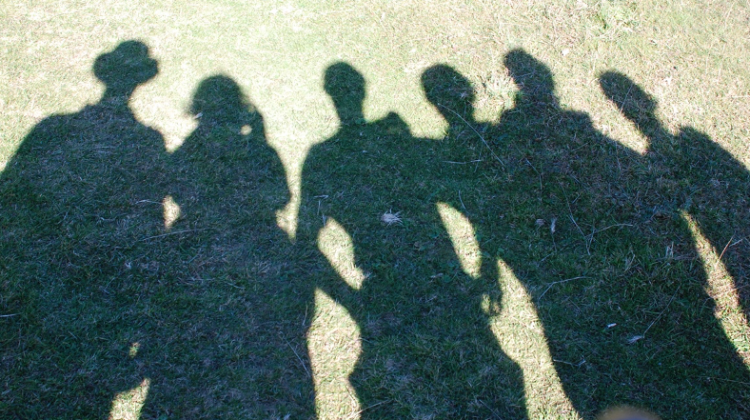 The shadow of the human being hides unresolved conflicts and those personal qualities, feelings and reaction patterns that the human being does not have in the light of his daily life.
Man achieves wholeness by integrating his shadows.

The shadow - that which is alien to me, that which I don't like about myself

Repressed and locked away

Every person has qualities with which he likes to shine, which are allowed to be in the light of his life. Often these are their strengths or what they consider to be their strengths. However, every human being also has qualities which he does not like, which he is ashamed of or which he does not even know. Often they see these as weaknesses. Normally, man does not want to have his shadow sides in the light of his life, rather he represses them and locks them away - in the cellar of his life house, in the dungeon of his life castle. There they are banished, excluded from daily life and accordingly cannot develop.

However, when the person gets into a stressful situation and loses control, these shadows can escape from their dungeon. They are full of negative energy and flood the person with negative emotions, aggressiveness and uncontrolled behaviour (see as an illustrative example: The escaped prisoner; for more see also Shadow activity - negative body emotions and loss of control.).

The Projection of the Shadow onto Others

The goal of the human being is wholeness. For this, the shadows must be integrated.

The shadow, i.e. those qualities that one represses in oneself, is perceived all the more strongly in the other person.

The unconscious projects onto others what one does not want to see in oneself. Thus, in the confrontation with the neighbour, the person can at least recognise his shadows there and has the opportunity to integrate them by loving the other. In addition, the perception of the shadow is also accompanied by emotions and physical reactions from the subconscious. Thus, strong negative emotions such as rejection, indignation or anger on the one hand or strong positive emotions such as being in love on the other hand are a clear indication of the activity of the unconscious.

If an encounter triggers strong feelings, whether negative or positive, this is an indication of activity of the unconscious and of one's own shadows.

(more s. The projection of the shadow).

Integration of the Shadow - The Path through the Underworld

Man integrates - mythologically speaking - his shadows on the way through the underworld, precisely through the realm of shadows .

[more s. The integration of the shadow - the path through the underworld]

Resistance of the ego to awareness

This path is often perceived by people as a "crisis", because the encounter with one's own shadow is not a pleasant thing. It often goes to the substance. One's own ego and personal pride are hit hard. The egoThe shadow, which exercises its power in the shadow, defends itself with indignation against awareness. It stages paralysis and fatigue or violent rejection and inner agitation with the aim of nipping this process in the bud.
For reasons like these, one rarely voluntarily exposes oneself to one's shadow, although this can trigger healing processes and bring about positive changes.

The crisis as an impetus for change

And that is why life itself brings people into situations in which they simply cannot help but deal with the difficult. In a crisis in which the normal coping resources are no longer sufficient, the person suddenly needs other resources. Now the shadows come into play. They emerge - in the negative aspect of the trait - from the unconscious and initially cause unease. However, if they are integrated, then new, expanded resources and possibilities for action are available to the person.
At the latest in the crisis of the middle years ("midlife crisis") it is time for the person to set out to integrate his or her shadows.

[more s. In crisis - the path through the underworld and How do I concretely integrate my shadows?]

The shadow - the inner child, the inner woman/man

The shadows include the inner child and the opposite-sex personality parts. 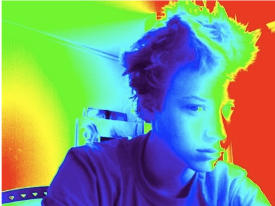 The inner child
With this, existential fears are locked away, the feeling of not getting enough, feelings of loneliness, helplessness, powerlessness or anger and defiance. Man integrates his inner child by caring for weaker people and also by noticing his own feelings and motivations and lovingly meeting himself in them.

With the archetype of the anima [and the animus], we enter the realm of the gods, respectively the territory that metaphysics has reserved for itself. Everything that the anima [or animus] touches becomes numinos, that is, unconditional, dangerously taboo, magical. It [the anima] is the serpent in the paradise of the harmless man full of good intentions and intentions.[2]

These inner images also have a collective effect. They appear in positive or negative form: 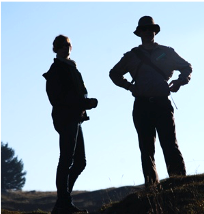 The inner woman, the anima

In positive form she is symbolised by the goddess of love or the virgin , in negative form by the snake or the whore. The man integrates his soul with his female parts and thus qualities such as love, understanding, warm-heartedness and presence. 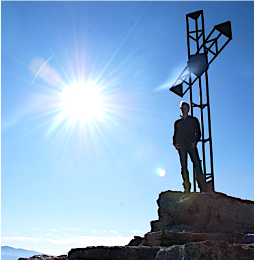 The inner man, the animus

In positive form he is symbolised by Christ or the father, in negative form by the animal or the devil. The woman integrates her body and her strength with her male parts. She also gains creativity, decisiveness, strategic action and assertiveness.

The goal is for both man and woman to have their male and female personality parts at the light of their lives. Thus they have good access to their body as well as to their soul. So they can love each other in both ways and become one: with their soul (feelings, understanding, love) and with their body (sexuality). The unity and fullness that grow from this are the gift for the mature relationship after the crisis of the middle years, mythologically speaking after the journey through the underworld.

Dark secrets as a curse
Animus and Anima
The Virgin
Christ

Lore on the subject: